Last week the 2012 Nobel Prize in Physiology or Medicine 2012 was awarded jointly to John B. Gurdon and Shinya Yamanaka for the discovery that mature cells can be reprogrammed to become pluripotent

Gurdon discovered in 1962 that the specialization of cells is reversible. In a classic experiment, he replaced the immature cell nucleus in an egg cell of a frog with the nucleus from a mature intestinal cell. This modified egg cell developed into a normal tadpole. The DNA of the mature cell still had all the information needed to develop all cells in the frog.

But Gurdon’s brilliant scientific imagination wasn’t always so well-appreciated. Here is a photo from a teacher’s report written when he was a young student at Eton. 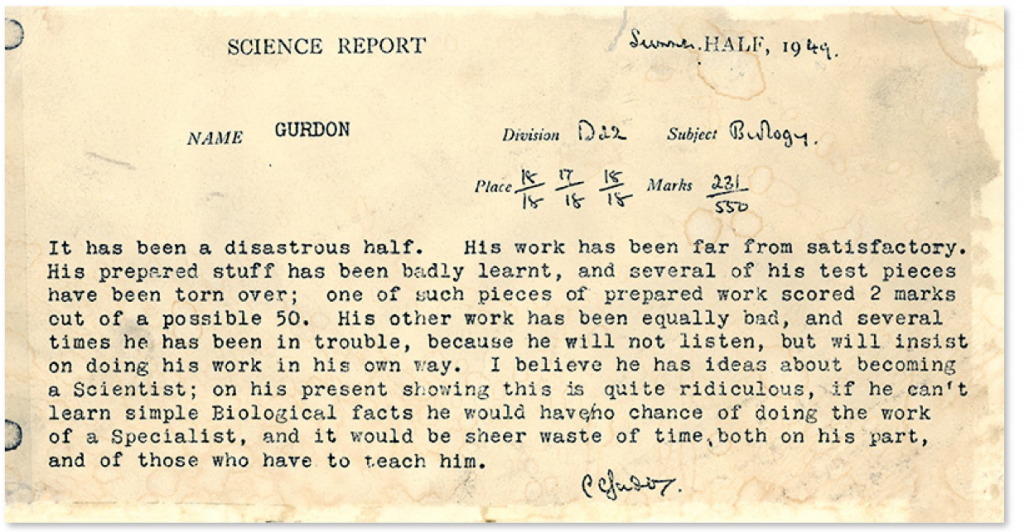