When I tell people I teach woodshop to special needs students I am fairly certain to receive one of a couple of responses. Particularly when I first started, people would go on about what a noble thing I was doing. I don’t get that as much these days, and I don’t know whether that is a sign of the times or something about the way I now explain my work. 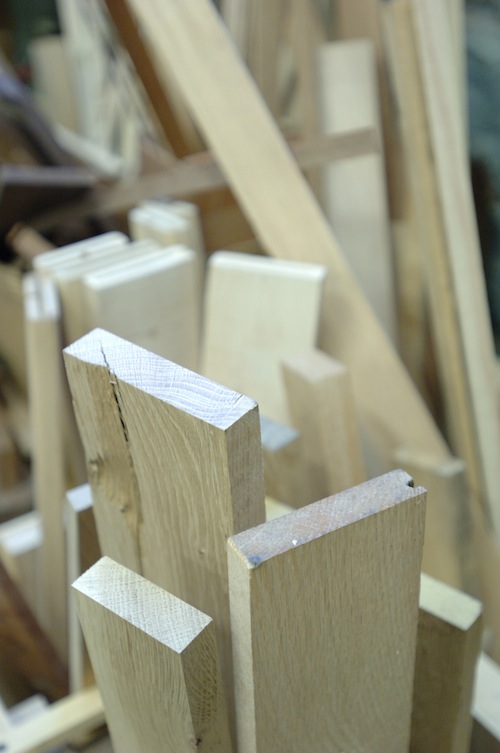 People also tend to tell me about their own shop experience and how they still have this or that old shop project hidden away somewhere (that is if they are over 30 years of age.) If they are under 30 they probably didn’t have woodshop but Tech. Ed., in which case they probably never got much saw dust on themselves.

Another very common response is the assumption that my students must love shop and must love making things for themselves. The problem with these assumptions is that they are not borne out by the facts. The sad truth (at least to my mind) is that many of our students do not automatically like woodworking. Many of them come to school having never built anything with their hands. They like the idea of it, but when confronted with the reality of planning, preparing and actually building, they lack the requisite patience and are quickly frustrated.

Many of our students are patience-challenged in most subjects. But in the ten years I’ve been teaching, I have seen a decrease in both the motivation and the patience they bring to the shop. Not surprisingly, perhaps, I blame TV and computer games, but hear me out. In computer games in which children “make” things, they do so effortlessly and quickly. Virtual pieces in virtual worlds are assembled and anything from Lego cars to medieval castles are built with equal ease. On television, even the real projects on The New Yankee Workshop are completed within an unrealistic time frame.

<p> </p> <h4>The sad truth (at least to my mind) is that many of our students do not automatically like woodworking. Many of them come to school having never built anything with their hands.

Young people have no sense of the effort required to make things and unrealistic expectations of what can be made. It is difficult to come up with wooden items our students even want to make. They have so little that is made of wood in their homes. Typical woodshop projects of an earlier age were trivets, napkin holders, or candlesticks. While theses things may still be useful, they are hopeless anachronisms to my students. When I ask what they want to make they often say they what to make an X Box, an i pod, or an entertainment center. In addition, the value of making something oneself is not so self-evident as it once was.

An instructive anecdote from a couple of years ago: I was helping a young man put a coat of finish on his project. He was working very diligently and asked whether his project would look as though it came from a store. I was pleased with myself for having instilled such a sense of pride in this young man and assured him, “It’ll be even better because you’ll know you built it yourself.” He looked crestfallen and replied, “Oh no, I don’t want anyone to know I did it.” “Why not?” I asked somewhat distressed. “Because normal schools don’t have woodshop. If they know I made it, they’ll know I go to a sped school.”

That was a real eye-opener. I do not want to sound defeatist or as if I do not think woodshop has a great deal to offer our students. Shop offers direct and tangible feedback which is so important to our students. Shop clearly demonstrates the value of planning and perseverance. It can reinforce the value of mathematical skill in the real world. Students can and do develop a sense of accomplishment if they stick with a project to the end.

But their motivation can not be taken for granted. That seems truer today than ever. And the question of how to motivate our student is our core challenge no matter the subject.