When I first started working at Dearborn Academy, I had a colleague who’d been around for a number of years.  He had a gentle soul and his love and respect for our students was manifest. One day the two of us were playing a pickup game of basketball, a game at which he excelled, against a pair of middle schoolers.  I wasn’t sure how hard I should be playing against such over-matched opponents, and when I got a chance to do so unobtrusively I asked how hard we should try to win.

His response surprised and stuck with me.  He said, “Under no circumstances are you to allow them to win.”  Though we never discussed it afterward, I am confident that this was not him being cruel. He was trying to give these guys a reality check.  We help our kids learn the game, we play fair and lead by example, and we try to have fun. But they should have a realistic feedback.  In retrospect, I think what he was really saying was, “Under no circumstance are you to lie to these students.”  And it would not necessarily have been doing these kids a favor to allow them to imagine they had beaten us when they really had no chance. 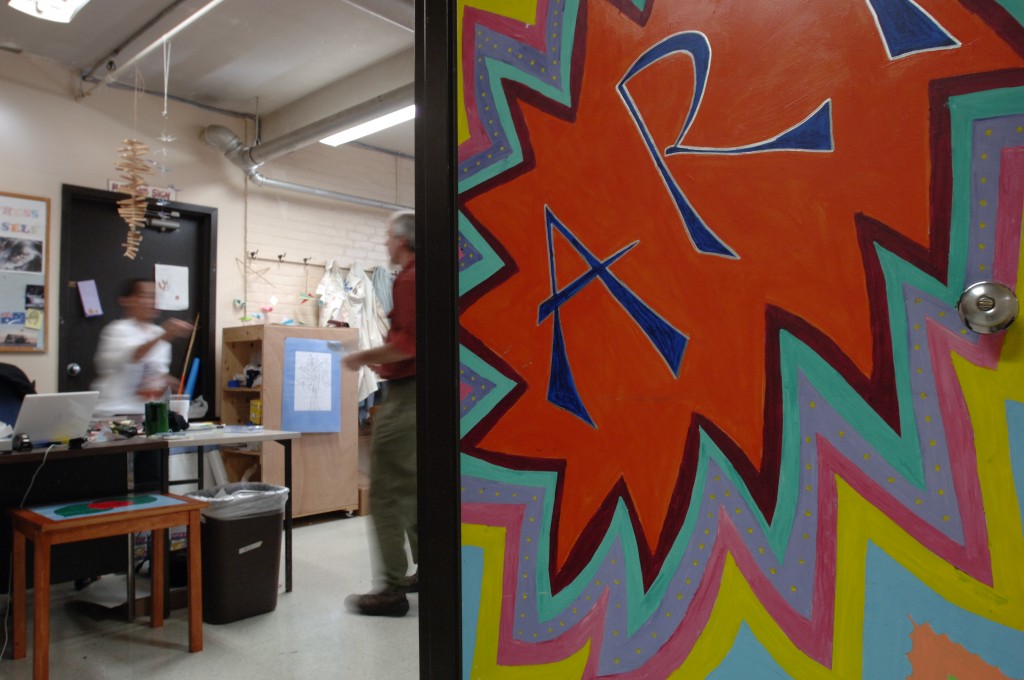 In any case, the anecdote leads me to the question which is really at the heart of the essay, “Do we better serve our students when we allow them to fail and learn from their mistakes, or when we keep them from failing in order to give them a sense of accomplishment.”

This is particularly tricky in the shop.  I don’t imagine any classroom teacher would advocate doing a student’s math or history for him or her. Certainly we teach, cajole, encourage, praise, even threaten (with a bad grade), but we generally don’t fill in the answers and allow the students to call the work their own. But in the shop I find myself frequently fixing or even doing much of the student’s projects for them. Often the best way to learn is through experience. If a student tries to build a bridge by gluing tongue depressors end to end, he or she will quickly learn that it makes for a very weak joint and will probably figure out that gluing any wood end to end is ineffective.  One can attempt to verbally explain that wood’s cellular structure makes gluing end grain to end grain a bad idea, but experience usually trumps verbiage.

<p> </p> <h4>I don’t know whether this is because they see things done on TV shows from “Bob the Builder” to “Extreme Home Makeover” to “New Yankee Workshop” where every  project is done and done perfectly in a half hour, or if it’s the ubiquitous presentation of awards and certificates giving them a false sense of accomplishment.

With our school population we have to understand that many of our students are impulsive, have difficulty with verbal instruction, have extremely low self-esteem, and frequently have little frustration tolerance.  It is a challenging combination for student and teacher alike.  So, as much as I’d like either to let them learn by their mistakes, or give them the necessary instruction to avoid the mistakes altogether, it is often much easier to simply do their work myself.  And I struggle with this impulse on a nearly daily basis.

Each Fall I promise myself I will come up with projects so perfectly calibrated to my students’ skills and temperaments, that they will be able (with my instruction) to do them on their own.  If at first they don’t succeed they will be able to when they try again (and learn from the experience.)  Unfortunately, projects which are simple enough for them to truly do on their own are often viewed by the students as “baby-ish”.  And many of these students are just as likely to demolish their mistakes in rage as learn from them.

Often their expectations far outstrip their capabilities.  I don’t know whether this is because they see things done on TV shows from “Bob the Builder” to “Extreme Home Makeover” to “New Yankee Workshop” where every  project is done and done perfectly in a half hour, or if it’s the ubiquitous presentation of awards and certificates giving them a false sense of accomplishment, or if I am not creative enough to come up with projects that interest them and match their abilities.  In any case, their expectations are often wildly out of whack with their abilities.  And not wishing to disappoint or thwart them, I often allow them to embark on projects I know they have no realistic chance of completing on their own.

All that said, I do believe that even with my help (sometimes considerable) most of these students take pride in the completed projects.  They bring them up from the shop and show them off to classmates, teachers, and perhaps to folks at home.  Many continue to sign up for shop even when it’s optional and seem to enjoy the experience.  I hope that some will even develop a lifelong interest in working with their hands.  But I still struggle with a nagging feeling that I am perpetuating an unrealistic sense of what they can really do and that at some point reality may have a nasty shock in store.  And so we all struggle to find that balance of nurturing, encouraging, instructing, and offering opportunities to learn from experiences (both positive and negative) that makes for a meaningful and useful education.