You are here: Home / Best Practices / Can A Child In India Teach You Something About Learning And Education?
0 Flares Twitter 0 Facebook 0 LinkedIn 0 Filament.io Made with Flare More Info'> 0 Flares ×

When most of us think about education we assume the presence of at least one teacher and one student. More often, we imagine a teacher and a room full of students, the classic and ubiquitous model with which we are all familiar. Who of us imagines a room with no teacher?

One answer to that would be Sugata Mitra, an education researcher from India who has done remarkable work in an unusual line of thinking. Mitra has made it his business to investigate a very difficult question: What can be done to educate children in the many places in our world where teachers cannot or will not go? 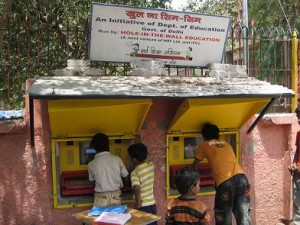 The question itself makes us stop and examine our assumptions. How could there be a classroom with no teacher? What would it be like? What could possibly happen in such a situation?

The following video details the experiment Dr. Mitra performed to find some answers to those questions. What he found and developed was the concept of minimally invasive education. This is pretty impressive stuff and ought to arouse a sense of wonder and humility regarding the strength of our species’ ability to learn and the complexity of what it means for adults to provide an education to our children. 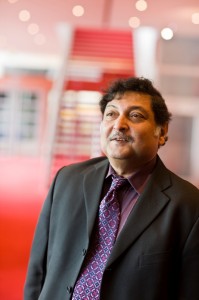 Building on the Hole-In-The-Wall experiments, Mitra later developed what he termed self-organizing learning environments. These were simple structures providing computer and internet access to groups of 4-5students. Says Mitra, “My work with self organized learning by children shows that groups of children can learn to use computers and the Internet to answer almost any question. This happens everywhere and is independent of what language they speak, where they live and how rich or poor they are. All they need is free access and the liberty to work in unsupervised groups. The most effective group size seems to be 4-5 children.” He also say that such learning is “activated by questions, not answers,” and that the children “who use these computers seem to be scoring higher in English and mathematics. It was also established that they could pass a government examination in computer science on their own.”

Mitra’s version of student-centered education is not only student-centered, but student-driven. It represents an extreme on the continuum that should cause usto question some of our assumptions about education and learning. Focus on the child and his or her activity decreases as the focus on adult believes and methodologies increase, with the other extreme being military schools.